THE CREW & THE AERIAL FILMING EQUIPMENT

James has wide-ranging experiences in filming, management and design within the television broadcast industry, corporate and the private events industry, having trained in "Theatre, film, video and live art" at Central Saint Martins in London.

James started his career as a theatre designer followed by television production design and then  an artistic director at the BBC.  Having spent five years working at the BBC, he then turned his skills and experience to event producing and event design for a variety of high profile clients throughout London and the UK for the past four years.

His love of underwater filming took him to warmer climbs and he spent several years living on tropical islands throughout Southeast Asia working as an underwater cinematographer and editor.

Now back in the UK, James is the director and sole founder of "Dragonfly Motion Pictures" and has trained and qualified as a "Remote Piloted Aircraft System" pilot, with permission granted by the "Civil Aviation Authority" to operate as a commercial pilot for the purpose of aerial filming.

Mark has been working in different roles in the film and television industry since 1992 including roles as camera operator, actor, stuntman and AD work.

In 2010 he saw his first multi-rotor and immediately realised the possibilities for aerial filming, after far too much money and some minor mishaps later he is now a qualified UAV pilot with CAA permission granted for aerial filming work.

Mark other passion is skiing and spends the ski season as an instructor at various resorts throughout Europe. He also uses his skills as a cameraman to films ski resorts & competitions with his hand-held Movi M10 motorized, 3 - axis stabilised gimbal camera mount. Producing stunning & steady camera shots while skiing.

Mark other roles are as a Production Manager & Event Producer. Having worked on a number of private and public events including concerts involving,  Sting, Lionel Richie, Steve Wonder and  Elton John.

Ben has been working in Video Production for over 12 years. Working across a wide spectrum of clients from Corporate to Broadcast and everything in between. He has worked on a number of TV series and music videos, as well as adverts and corporate communications.

He is a very technical member of the team and has a passion for new technology. Equally he is happy behind the camera or in the edit suite. He is used to working under pressure, getting the best results in any given situation. He is great at managing a team, but equally happy managing every aspect of production from concept to completion by himself.

He has a wealth of experience dealing with high level CEOs, artists and actors, his professional but relaxed approach ensures he gets the best possible performance and delivers projects within budget and to meet deadlines.

Ben is an very experienced cameraman utilising the Ronin hand-held 3-Axis stabilised gimbal system to produce fluid, steady tracking & motion shots. In his spare time he enjoys rock climbing, snow boarding and motorcycles and as such is especially suited to work on productions in these areas.

Whatever the role in the production there's a good chance Ben has experience doing it and will be able to help.

Barry studied electrical and electronics at “Westlake Technical College” in South Africa and started his career in the film industry as a spark working on TV commercials.

He very quickly proved he had the skills & knowledge but more so the love for lighting and progressed to best boy on big budget feature films, running the day-to-day operation of the lighting department.

Barry advanced to the role of gaffer and was responsible for the execution and the design of the lighting plan for a variety of different film productions.

After ten years working in the film industry he has recently been a lighting designer & desk operator for stage performances and live events in London & through out the UK.

Barry now joins the teams as a very experienced lighting designer and technician.

Adding his experience and talent in creating stunning lighting effects for our films or video creations.

"Well done on this fantastic movie James . The slow motion is awesome and with the backing music of Born to be Wild makes it even more authentic. I was very proud that Peter Fonda rode my bike at the Festival and to have a permanent memory of the big day is very special. Thank you"

" I never knew ploughing could look so cool !.  Amazing video, I am super keen to get something for the County Show in May."

" I love the video – it makes you realise just how much goes on during the day.

It has the thumbs up from us all."

Dragonfly Motion Pictures is fully BNUC-s trained, qualified and has been granted permission from the UK Civil Aviation Authority for operating a commercial remote controlled aircraft system for the purpose of aerial filming. 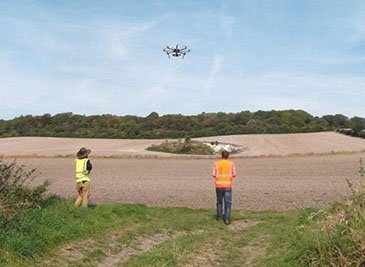 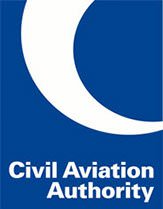 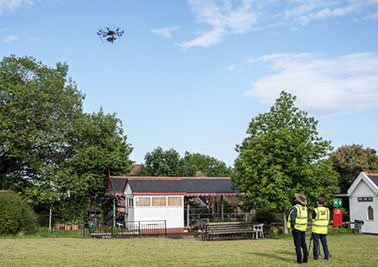 We have the latest in "remote piloted aircraft system, (RPAS). Delivering incredibly smooth & steady footage with HD or 4K recording.

The CineStar 8, is an aerial platform that is designed to lift large production cameras.

GO TO TOP OF PAGE

Drone Safe Registered In Association With